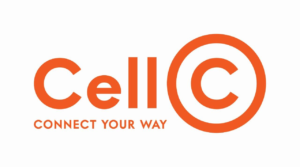 Cell C has launched its new Summer campaign for 2019. A massive consumer promotion whereby millions of cash prizes are up for grabs as well as smartphones, laptops, data, shopping vouchers and much more, WIN24 Summer is currently the only telco competition that will literally make everyone a winner when they buy a bundle from Cell C.

“The Cell C team briefed McCann1886 to develop a summer theme to bring Cell C to life and drive meaning behind the brand, its disciplines and verticals, and its offerings,” said the company’s Executive Head of Marketing, Hazel Chimhandamba.

“Doing this, we knew, would continue to build equity behind the brand, stand for something, stand out, and connect with people in an emotional and real way. The agency’s response was a campaign heroing social inclusion, of bringing together people by sharing how each of the millions of South Africans live and share during the summer – the Cell C way,” she said.

According to Lessing, a key consumer insight leading to the development of the campaign was that – when it comes to summer – you never want it to end.

“No matter how long the months, the holiday or the party … it just never seems enough,” he said. “As a result, everyone wants to enjoy every second and cram as much as they can into the summer months of the year.

“Leveraging off this insight to answer the brief, we created a TV commercial that showed a 24-hour summer – featuring scenes ranging froms sunrise, to sunset and midnight celebrations – to drive home that, with Cell C, anyone could have a 24 summer.  And, because not everyone’s summer is the same, we added as much variety into the commercial as possible to demonstrate the diversity of our consumer, as well as the season.”

“Bolted onto this fun, fresh and resonating piece of communication was the irresistible draw of a competition. So, not only could consumers enjoy 24 summer, download 24 summer, party 24 summer, binge 24 summer and get the best deals 24 summer, they could WIN 24 Summer.”