For the launch of the brand-new Corolla and Corolla Quest models, Toyota South Africa is repositioning its iconic Corolla marque with a new creative platform. 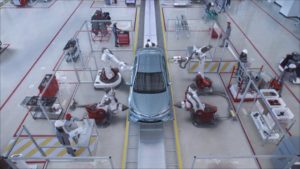 Toyota SA’s Senior Advertising Manager, Tasneem Lorgat, explained: “Introduced to the South African driver in 1966, the Toyota Corolla is entrenched in the Nation’s psyche as a go-to sedan. Its key target market is moving up in life – ambitious and tenacious, they are aspirational and want their vehicles to reflect their upwardly mobile status. 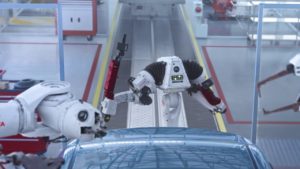 “While the Corolla badge is usually associated with the family-suited Corolla sedan, too few appreciate that the range also includes value-for-money and versatility offerings in the Quest derivative, performance and styling features prevalent in the Corolla Hatch, and world-class safety and technology in the newly-launched Corolla sedan.

“The agency was briefed to get South Africans thinking about Corolla as a range of vehicles that ‘Has it All’, as well as fully appreciate just how well ‘specced’ each derivative within the range is. Of course, the creative platform had to be memorable to ensure Corolla remained top-of-mind outside of campaign periods,” she said.

The agency’s solution was to develop a platform with distinctive brand assets that can be executed in a myriad of ways across multiple channels, while still being relevant to each of the Toyota Corollas and its audiences. 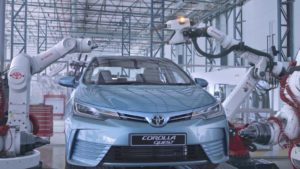 The key characters contributing to the platform’s narrative are the manufacturing robots on the Corolla assembly line,that mimic day-to-day office banter and gossip – their voices provided by famous South African comedians – referencing the new Corollas’ features as they do so. Showcasing an animated version of the Corolla production plant, it was shot at Kyalami Grand Prix Circuit in Midrand, the TVC was directed by Dean Blumberg of Massif Media with post-production by Chocolate Tribe.

The campaign launching the Corolla range incorporates above-the-line, digital and social, out-of-home, print, radio and below-the-line elements. It kicks off with the launch of the Corolla Quest in March 2020, followed by the all-new Corolla sedan campaign in April 2020,  leading up to the Corolla Hatch campaign in the second half of the year. These campaigns all feature the day-to-day life of the Corolla assembly robots as they constantly work on enhancing the range.