‘Don’t Fear The Finger’, a campaign created for CANSA by HelloFCB+ to encourage men to test for prostrate cancer, has excelled at this year’s IAB Bookmarks Awards. 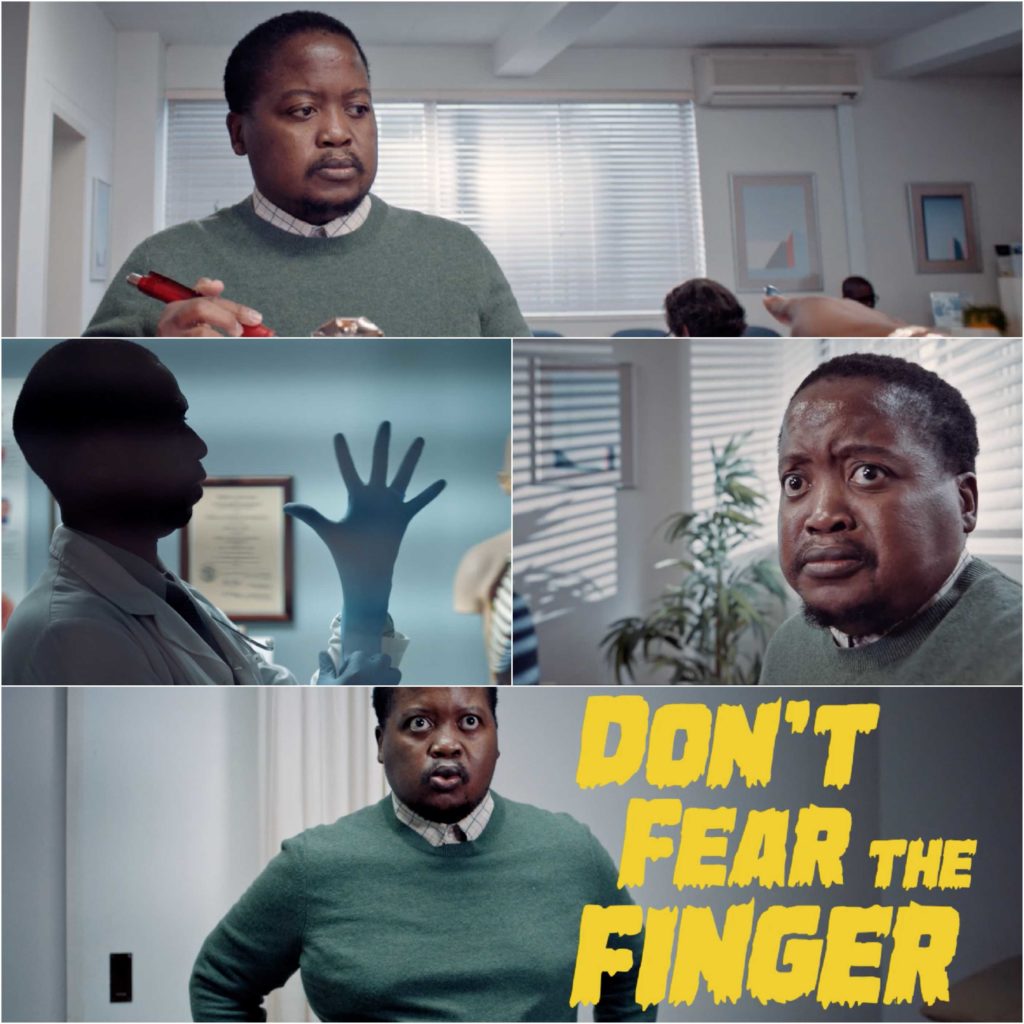 Setting the benchmark for tech, digital and leading-edge innovation in the marketing mix, the IAB Bookmarks Awards celebrated its 12th edition this year, but announced the winners via digital format on Thursday night (March 19) after cancelling its gala function amid the threat of COVID-19.

‘Don’t Fear The Finger’ was awarded the Gold Bookmark in the Break Through on a Budget category, five Silver Bookmarks and two Silver Craft Awards.

This is the second time that a campaign for CANSA by the agency has been highly acclaimed at both local and international awards. Its ‘Testi-monials’ campaign featuring animated testicles was acknowledged at the The Care Awards which champion social responsibility and sustainable development, and celebrate purpose-driven creative work that ‘[promotes] care for people, resources and the environment’, among others worldwide.

Commenting on the achievement, HelloFCB+’s Chief Creative Officer, Mike Barnwell, said it was extremely gratifying that the hard work the agency does for CANSA not only delivers in the marketplace, it is acknowledged by its peers.

An integrated advertising campaign inspired by the classic horror movie genre launched during men’s health month in November 2019 with a TVC directed by MJ van Dorssen from Romance Films, ‘Don’t Fear the Finger’ was intended to remove the fear and encourage men to go for a test. The spot follows a man tentatively going for his first prostate exam only to find out that his fears are completely unfounded – the test is a simple blood test, not a physical exam.

Social videos and online banners also use suspense and fingers to point men to the campaign microsite where they can book an appointment at their nearest CANSA Care Centre.

Other Nahana Communications Group agencies celebrating their Bookmarks are FCB Joburg and Hellocomputer, which achieved three Bronze Bookmarks for Absa ‘Human Quantum Computer’, and The MediaShop for Maybelline ‘Tattoo Brow Peel Off Tint’.