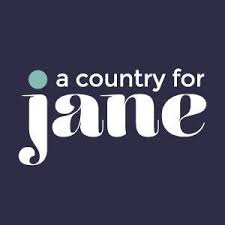 All this to bring the new A.Vogel Echinaforce TV commercial to screens in time for winter and generate much needed income for over 35 people, mostly freelance professionals whose earnings would be among those hardest hit by the lockdown.

Initially as commercial director Dani Hynes raced home from Dubai ahead of the 27 March lockdown date, she assumed her next production, the Echinaforce TV ad, would be cancelled. Agency A Country for Jane and their client, SA Natural Products, were thinking the same thing.

But as lockdown commenced, a story of determination and ingenuity started up in the lounges, kitchens and even bedrooms of the team tasked with making this advert.

Hynes explains: “We’d been looking forward to making the advert as the product has some great new clinical evidence to share and the creative concept was beautiful and very different to normal cold and flu adverts. When lockdown was announced it initially seemed impossible. But then, Echinaforce is an immune support product, and right now immune health is everyone’s priority, so getting this ad out became something of a personal challenge and mission for all of us.”

With the natural order of work severely disrupted, and Levels 5 and 4 lockdown regulations prohibiting TV shoots, a monumental behind-the-scenes effort to prepare for an uncertain shoot day got underway. What was normally due process, became constant improvisation.

Team members, used to working closely together, had to now consult over Zoom. Production, used to working with reliable suppliers, now found them unavailable. This necessitated a complete rethink around props, costumes and location reccies.

“The script called for a florist shop, where Shaleen Surtie-Richards personifies the Echinaforce brand with her warm and nurturing performance. She’s way more than your average florist, offering nature’s healing support to worried customers who need help,” says Ursula Mcdonald, A Country for Jane MD. “It’s there, as she arranges echinacea bouquets in that enchanting setting, that the benefits of Echinaforce come to life. And that’s where our challenges began. We needed just the right location to create that special shop. Yet we couldn’t even leave our homes to scout for potential locations.”

“The location reccies were unique,” explains Hynes. “We had to request photos and videos from possible locations or have the owners ‘walk us’ around the properties using FaceTime. Not being able to visit the sites, see how the light comes in or get a proper feel for the space was challenging. In the end we were only granted physical access to the location the day before the shoot.”

Hynes continues: “Another challenge was the fact that we needed a lot of Echinacea purpurea flowers. Knowing they wouldn’t be in bloom in autumn, we’d originally planned to create them from silk. Now our silk couldn’t be flown into the country and we were out of time. The only option left was to digitally create them in postproduction.”

The wardrobe team and cast had their ‘new normal’ work cut out for them too. Without access to online shopping just sourcing shoes and accessories for the cast was a logistical feat. Actors, normally used to interacting with each other in lively script reads, had to learn the art of auditioning and rehearsing over Skype or Zoom with only the director to interact with.

While permission was finally obtained to shoot towards the end of Level 4, only a limited number of crew, donning masks and adhering to regular temperature checks and hygiene protocols, could attend the physical shoot. This left the client and agency team behind computer screens approving the footage remotely.

Locked down in Durban, the Echinaforce marketing team had to watch the live action in Johannesburg over their computers. “Normally you’re at the shoot, you meet the cast and you can give immediate input and direction on your brand. Now we were trying to watch takes via a dodgy YouTube Live link, while liaising with the agency and director over WhatsApp,” says marketing director Estie Schreiber. “Not seeing the cast’s performances live or knowing what Dani was aiming for in the moment was difficult.  Eventually we were approving takes via WhatsApp clips. How they pulled this off and delivered such a beautiful production is testimony to this whole team’s remarkable tenacity and professionalism.”

After seven weeks of fielding numerous logistical lockdown curve balls and the delayed shoot date leaving just three days for post-production and final approvals, the Echinaforce TVC material was ready and delivered to stations on deadline. And over WhatsApp, the teams celebrated a ‘new normal’ success story in very abnormal times!

The making of and behind the scenes video

Tagged with: A Country For Jane, Ursula McDonald