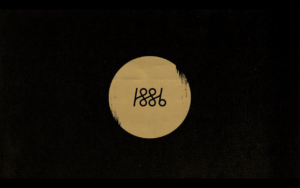 As part of the SME outreach programme it launched during Level 5 of Lockdown, McCann1886 assisted a craft bar chain on the East Rand stay top of patrons’ minds with a number of engaging – and rather unusual – social media campaigns.

Owned by Dax Menday, The Green Craft Bar has an enviable reputation for the numerous craft beers, ciders and gins it lists alongside the big alcohol brands on its extensive food & drinks menu. It also runs The Rolling Green, a little caravan filled with craft beers and much in demand for birthdays, weddings and craft markets.

“Dax’s first priority when the lockdown forced him to cease trading was to be able to keep paying his staff until he’d be allowed to reopen. So, we immediately launched the Dop voucher campaign with him on the Green Craft Bar’s Facebook page,” said McCann Chief Creative Officer, Stuart Stobbs.

“We really focussed on making the user experience as simple as possible but enabling people to order through FB Messenger.”

“Next, we encouraged Dax to let loose his gregarious personality and host a virtual sundowner session each evening at 17h00 on Facebook Live, giving him and Facebook another opportunity to punt his Dop vouchers. It was a great hit, simply because Dax embraced the task at hand with great alacrity and subtle – sometimes not too subtle – humour.

“My personal favourite is the baking class he filmed using the key ingredients in one of the weirdest craft beers I’ve ever come across – the Devil’s Peak Peanut Butter, Chop-Chip, Marshmallow and Doughssant1.”

“To give people a virtual taste of these delicious beers, we launched Libation Meditations with the hashtag #namastayathome. We teamed up with the incredible voice actor and musician, Bryan van Niekerk, who led Green patrons in hilarious meditation sessions into the ‘doposphere’. 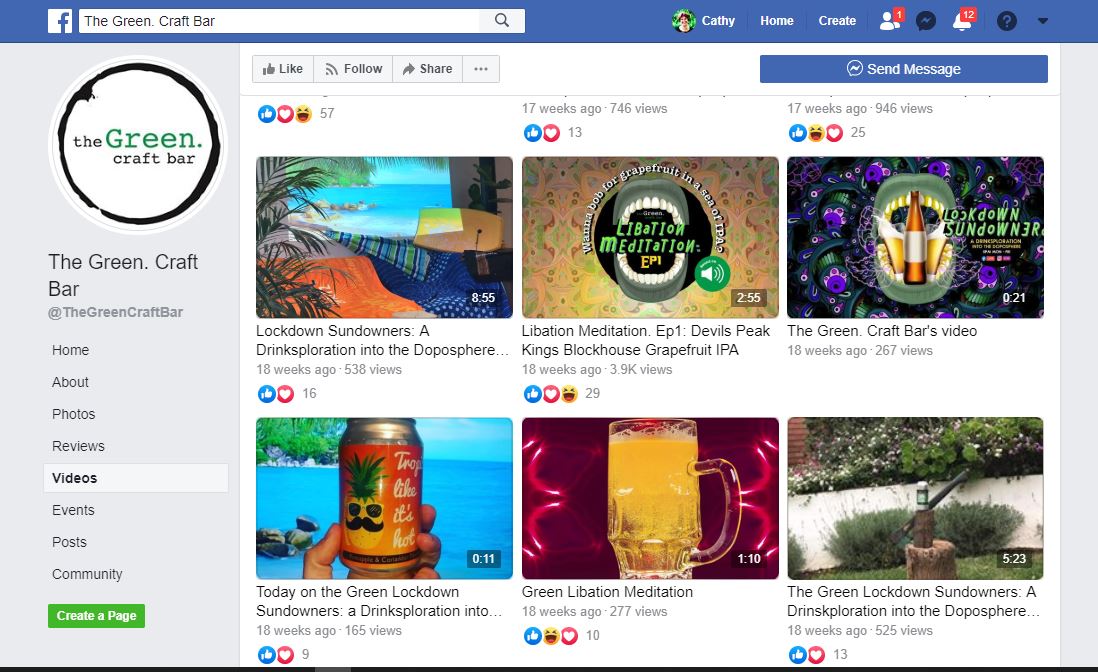 “One of our craziest Libation Meditations involved replicating a ‘beer buzz’ using binaural beats. This involves playing tones with different frequencies into each ear behind the words of the meditation. Because the tones are not quite synchronised they scrambled the brain and induce a sense of feeling drunk without touching a drop. The perfect way to maintain the laws of lockdown but still have a good time” said Stobbs.

But Menday didn’t stop there when it came to using Facebook to remind patrons of the Green Craft Bar. Intent on reminding them about the good times they’d had there, he took the pub quiz online, organised live interviews with brewers and engaged with local musicians to perform online.

“As a result of all the activity, much of which was entertainment, we sold enough Dop vouchers to cover salaries and wages until alcohol sales resumed on July 1. That was a huge win. Of course, we had to regroup when sales of alcoholic beverages were again stopped, but now we’re in Level 2, let’s hope everything gets back up to steam quickly,” said Menday.

As South African society and businesses reeled when the country went into lockdown, McCann1886 realised that the worst hit would be the really small businesses, those who are owner run and employ just a handful of people. As a team, they decided they’d reach out and see if they could help those who they knew in the communities in which staff lived.

“Really small businesses seldom have much in the way of ‘fat’ to pad out those lean months or, in the case of lockdown, those months which are downright sinewy,” said Stobbs.

“We knew we could use our knowledge of social media, and our industry contacts if necessary, to help them utilise social media in a more curated and engaging way, rather than functionally. The Green Craft Bar was one. The Art of Movement dance and yoga studio in Emmerentia another, and Afrika Tikkun another. And we worked on a few more – these may be small businesses but they mean the world to their owners and staff.”