Eskort, the 103-year-old South African brand with an enviable reputation for quality, has partnered with MetropolitanRepublic to refresh its corporate identity and launch a new creative platform with an exciting campaign that walks and talks like a truly iconic South African brand.

This moment in the brand’s life cycle is a reflection of its intention to solidify its rightful position in the hearts and minds of South African consumers.

To this end, the refreshed corporate identity builds onto an already iconic logo by presenting a newly developed typeface and iconography that speaks to the textures of our country.

The new creative platform ‘It’s Eskort’ becomes how the current payoff line ‘Life’s Delicious’ comes to life in a way the consumer can touch and feel, helping Eskort cement its household name status among certain consumer segments and grow awareness for its best taste and safety reputation.

Taking this new corporate identity and positioning to market is a 360° campaign that’s dominated by television and digital because they both offer high reach nationally, build reach fast versus other media platforms, and offer the ability to use and leverage similar content.

The personality of the television campaign, which sees two executions launching in November and one in January, is inclusive, optimistic, innovative and resourceful. Their tone is local, loud, proud and humorous.

You can watch the commercials here:

The rationale behind the brand refresh lies in the agency and brand’s collective assertion that the pork industry is primed for a strong player to step in, or rather step up, to reinvent the market category.

“In a nutshell, the majority think pork is just bacon, sausages and sandwich ham, whereas – in reality – it’s so much more.

“Our challenge to MetropolitanRepublic was four-fold: educate our consumer groups; differentiate the Eskort brand; build brand recognition and quality, taste and safety attributes; and build relevance and emotional connection with the youth. Doing this, we know, will revitalise the entire category,” she added. 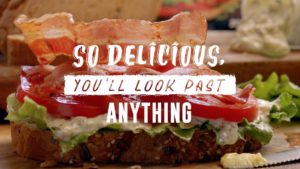 The agency’s response to Eskort’s request was to disrupt the convention that pork should be positioned on quality and safety alone but instead leverage the positive associations and sensory triggers of the eating experience and occasion.

According to MetropolitanRepublic Executive Creative Director, Kamogelo Sesing, Eskort already owns several valuable territories that would enable it to do so.

On the functionality side, there’s quality and safety; a superior taste profile – and taste is the key driver for food, he pointed out, value with its own butcheries selling value-added products; and ownership of the entire supply chain from farm to consumer. On an emotional level, there’s the fact that Eskort is a trusted brand and that it makes South Africa’s best loved bacon and pork sausage.

“Creating the new brand positioning and creative platform wasn’t about making up a space that Eskort could own … it’s about owning the space it has already created and amplifying it,” said Sesing.

“The owned space – Eskort is South Africa’s premium pork brand with a track record for providing the best quality, value, range and innovation to South Africans – gave rise to the big idea that positioned Eskort as the obvious brand of choice because of the love South Africans have for it, not just as a pork brand but as a social glue. Something around which people gathered and celebrated.

“That is Eskort’s purpose, to bring people together, and that’s something bigger than the brand. And so, it wasn’t too difficult to land the idea that it’s not just a pork brand but more than that. It’s Eskort,” he explained.

MetropolitanRepublic’s proprietary ALWAYS ON digital process. The success of this process hinges on all content being created a month in advance so that the team can focus its time on optimisation rather than simply ‘getting things live’. This ensures it is always engaging reactive and proactive with the various online communities and constantly making media optimisations.

The new corporate identity and pay-off line launched on November 18 with the TVCs and digital work, as well as branding at Eskort’s head office and processing plants. Other elements in the retail environment and promotional activities roll out over the next few months.