The safety of communities in the Northern Areas is threatened daily by violent behaviour driven by socio-economic factors, including a high unemployment rate.

As the first step in its CSI commitment, the family-owned and managed business head-quartered in Gqeberha commissioned a statue to remember the children killed in the cross-fire of firearm shoot-outs in the Northern Areas.

Sculpted using the clothing of 20 deceased children (donated by their parents), ‘The Last Child’ was unveiled on Youth Day (June 16, 2021). 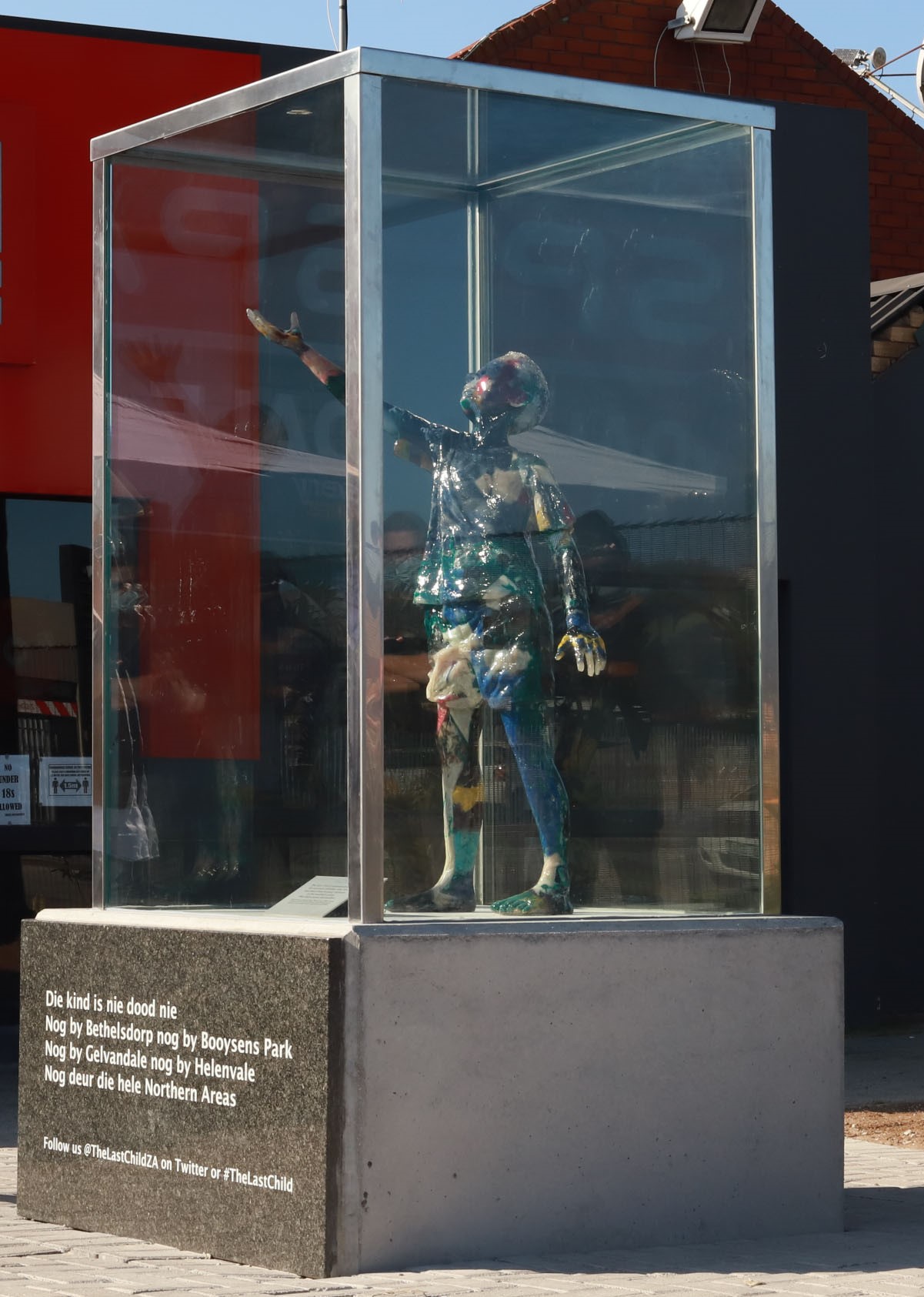 It was created by well-known local artist, Duncan Stewart in collaboration with family, community members and artist Zano Ntobela, and is encased in bullet-proof glass donated by National Glass to symbolise the communities’ desire to protect their children.

In addition to helping bring The Last Child project to a successful conclusion on Youth Day, Boomtown is assisting National Glass to raise awareness of this initiative using social media and other channels.

Commenting on the rationale for National Glass’ involvement with the community, Managing Director Belinda Louw said that gun violence, in particular, has become a daily occurrence in the area and children are getting caught in the crossfire while playing in their gardens or en route to and from school. No one is safe, she said, playgrounds are even out of bounds because of the risk of stray bullets.

“So many of our staff members live within the Northern Areas and, while it is inspiring to see how resilient they and their communities are in the face of increasing violence, their experiences and stories are heart-wrenching. We can’t ever hope to alleviate the pain that they feel but hope that we can show our respect and sympathy with this small mark of remembrance.

“Further, while the company has always embraced youth employment and training schemes like Harambee and SAYouth1, we have launched a new internship programme for the Northern Areas youth in a bid to help stem the socio-economic forces that fuel the behaviour,” she said.

The project is supported by the Mandela Bay Development Agency, MBDA. MBDA spokesperson, Luvuyo Bangazi, commented: “The MBDA as a municipal entity of the Nelson Mandela Bay Municipality has for the last six years been involved with the Safety and Peace through Urban Upgrading programme, a South Africa and German Government co-funded programme for Helenvale.

“The funder representing Germany is KfW Bank (development bank) and through that we were able to initiate various programme and infrastructure interventions in Helenvale, impacting the broader Northern Areas. It only made sense for us to get involved with this project in trying to bring a human face to gang violence, that it takes away loved ones, future innovators and leaders of society, and that we can all work together to end it.”

On the plinth is a verse inspired by the well-known poem2 written in 1960 by Ingrid Jonker: ‘The child who was shot dead by soldiers in Nyanga.’