The Publisher Research Council (PRC) has announced their new readership currency READ2021 (REader Audience Data) release – bringing a seismic change to current research methodology, moving away from a single survey to aggregated and fused data.  The new dataset combines the PAMS 2021 Online survey and the brand and offline component from PAMS 2019. 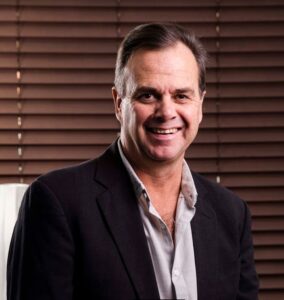 “From around AMPS 2015, the PRC began to see that Face-to-Face (F2F) market research had begun losing its ‘Gold Standard’ regarding representivity,” says Peter Langschmidt, Consultant to the PRC. “Coupled with the research limitations and many lessons learnt during the pandemic, we moved our research to an online survey in 2021 and this year, to overcome the inherent ‘online only’ survey challenges, introduced READ2021.”

F2F research has clear limitations. Research purists should remember that F2F studies are most certainly not random and are biased towards kind, trusting people, not concerned with safety, who have plenty of time on their hands, living in easily accessible dwellings. This rules out huge swathes of the upmarket working population in metro areas. Top end consumers were becoming increasingly reticent to partake in research with a stranger in their house, and covid exacerbated this. An audit of the Establishment Survey (ES) in 2018 comparing results to aerial photography-based census from three GIS suppliers showed that media research was under-reading the R40,000 HH income market by over 40%!

During the pandemic, a SAMRA directive stated that Face-to-Face interviews should not be conducted. This was the catalyst the PRC needed and so it was without hesitation that they moved away from traditional F2F to an online study in 2021.

However, online studies come with their own set of challenges, the biggest being representation of the entire universe and a time limit of 20 minutes. To overcome these, the PRC imputed (fused) brand and other questions from PAMS 2019 onto the new online data as well as stacking the offline respondents from PAMS 2019 with the new online data. Unlike AMPS and PAMS, the new readership currency is not a single survey but a combination of these two studies, creating the new READ2021 datafile.

READ2021 has moved away from the five-decade old ‘recency method’ and is the first survey to use the CORE (Consistency/Frequency Over Recency) methodology, which overlays the frequency of reading (number of different issues normally read) over the traditional recency (read within issue period) figures. The calculation is designed to reduce readers, the high RPC (Readers per Copy) problem and the effects of memory decay inherent in the recency method.

The PRC reiterates that due to the complete change in methodology and readership calculations, new READ2021 data cannot be compared or trended between the PAMS 2017 and PAMS 2019 data

“This READ2021 rolled data that will be fused with TAMS, RAM, CPS and DCS in FUSION2022, scheduled for release in October,” concludes Langschmidt. “Everything about the READING currency calculation may be new but reading still traditionally delivers the most memorable recall in advertising messages in terms of products, prices and places to buy them.”

The READ2021 survey will be released to bureau on Friday 19th August and the Technical Report is available on the PRC website.