The Coca-Cola Company (TCCC) utilised a digital campaign to suggest consumers look to Coca-Cola No Sugar No Caffeine as their go-to cola when TaB retires from the shelves after nearly 60 years in December this year. 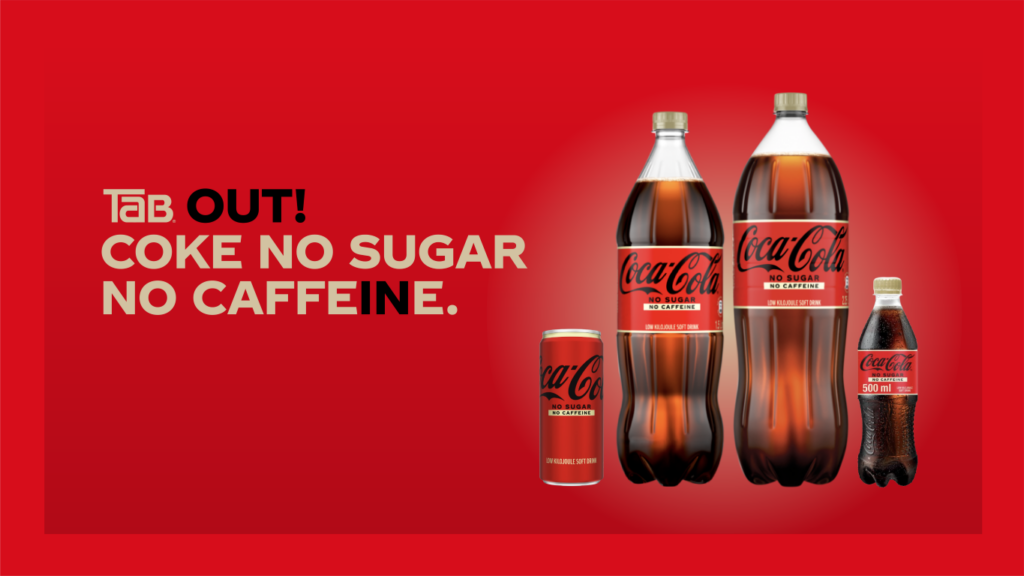 The campaign was created by FCB Joburg, implemented on digital channels by Wunderman Thompson and amplified by a PR campaign from RAPT Creative.

Two years ago, TCCC announced it would retire select products in various markets around the world as part of a global portfolio refresh.

As part of the refresh, TCCC said it would discontinue TaB, in South Africa. However, the company, which pioneered the diet beverage option in the early 1990s, had continued to trail-blaze in the category to provide consumers with low calorie/low kilojoule options that are unmatched.

According to FCB Joburg Executive Creative Director, Mbeu ‘Snooze’ Kambuwa, the agency’s objective was to salute TaB’s iconic status and acknowledge the role it had played in many consumers’ lives.

“The key take-out we wanted with this campaign was ‘Let’s celebrate Tab’. You know, a ‘don’t be sad it’s over, be glad it happened’ vibe,” he said.

Starting in September, across Twitter, Facebook, Instagram and other select sites, catchy phrases and fun puns captured the sentiment. ‘Ring up the TaB’ and ‘Hey, waiter, can you bring me my TaB for the last?” being two of Kambuwa’s favourites. There was also a call for consumers to share their favourite TaB memories.

This initial phase was followed in October and November by executions that spoke to the Coca-Cola No Sugar No Caffeine benefits with lines like ‘That epic Coke taste without the caffeine rush’, and ‘TaB OUT, COCA-COLA NO SUGAR NO CAFFEINE’.