SA Tourism’s marketing team and marketing partner, FCB Joburg, again proved their mettle at Africa’s Travel Indaba 2018, which drew to a close in Durban on May 10.

With high-quality buyers from across the world meeting exhibitors from across the African continent showcasing a variety of tourism products and services, Africa’s Travel Indaba – billed as the greatest travel show on the continent – was declared an outstanding success by delegates, exhibitors and the media.

“When we took the decision to make Indaba a pan-African event, it was a deliberate strategy on our part to boost the African economy,” said South African Tourism’s Chief Executive Officer, Sisa Ntshona.

“The growing number of African countries at Africa’s Travel Indaba has bolstered their commitment to being here. 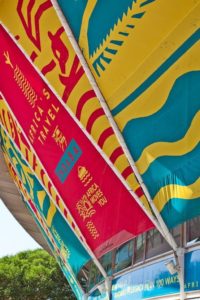 They are seeing the benefit of the expo and being part of a show that focuses only on Africa. The show is for Africa. The media are here for Africa and places the continent on the international stage,” he said.

“The figures for 2018 are again very impressive, and the result of the hard work and professionalism of the SA Tourism/FCB Joburg team,” said FCB Joburg managing director, Thabang Skwambane. 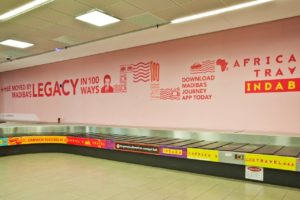 “FCB Joburg’s goal for the week was simple: deliver a holistic end-to-end solution for SA Tourism’s presence at Africa’s Travel Indaba 2018, however, the task at hand was less so, given the enormous number of delegates and exhibitors. It involved numerous tasks the SA Tourism/FCB team had to deliver on, including all communication and activations in the lead up to, during and after the event.”

Before the event, the SA Tourism/FCB Joburg team created and sent out numerous pre-communication mailers and social media posts.

During the Africa’s Travel Indaba week, the activities SA Tourism and FCB Joburg were responsible for included:

Overseeing delivery of all creative elements and adherence to the new brand identity and 2018’s theme was the powerful creative duo of Joint Chief Creative Officers Jonathan Deeb and Ahmed Tilly, as well as Creative Director Collette Wasielewski and Head of Design Liana Liebenberg.

“I’m thrilled that, as one, SA Tourism and FCB delivered a seamless experience for more than 7 000 delegates who packed the Inkosi Albert Luthuli International Convention Centre,” added Skwambane.

“Further, a vital consideration impacting our planning for Africa’s Travel Indaba 2018 was the fact that SA Tourism wanted to create a lasting legacy for the City of Durban and the economy of KwaZulu-Natal. Whenever possible, FCB Joburg joined forces with suppliers from the province, which accounted to some 56% of all suppliers.

“I couldn’t be prouder to represent South Africa on the national team of advertising!”