Media disruption has entered the global playing field in the form of sports consumption outside of traditional networks, brought on by the growth of technology, changing consumer habits and an eSports evolution. This has seen tech giants challenging traditional distribution and fan engagement; and the rise of Facebook and Amazon as the emerging powers within this 2018 megatrend.

Against this backdrop, Nielsen Sports recently hosted an industry breakfast that outlined the five biggest commercial sports trends for 2018 that will have a notable influence on the way sporting codes, brands, broadcasters and publishers play the game in the future. 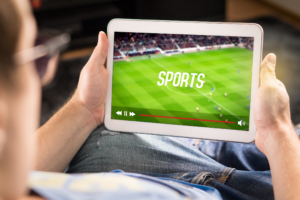 Speaking at the event MD Kelvin Watt said; “When it comes to sport, it is the willingness to prepare to win that sets apart the most talented athletes and the best teams. And with the South African sports industry facing an unprecedented level of change and disruption, it has never been so important to prepare for what’s to come in order to stay ahead of the game.”He added; “As the eSports industry develops and attracts new high-profile eSports investment from brands, media organisation and traditional sports rights holders, the consumption of quality sports content outside of traditional networks is providing opportunity for different models in production, aggregation and broadcasting.

“Locally, traditional media is responding to the tech threat  but rights are expensive and return on investment may not be as good as other content genre, so we’re likely to see consolidation as companies seek scale to take on the tech giants.”

Content is key to engagement
With attention spans getting shorter, media consumption is shifting to mobile and younger generations are watching less TV and particularly long form sport.  What remains key to fan engagement, however, is content. Currently the most loved social platform in South Africa is Facebook at 49%, followed by YouTube at 47% and WhatsApp at 45%.

As sponsorships become more creative and content-led, Nielsen Sports predicts increasing crossover between eSport and traditional sports in terms of how events are presented and sponsorships activated.

“To stay relevant, sports, brands and media must experiment with new technologies such as voice activation, virtual reality, AI-enabled chatbots and augmented reality. Athletes and influencers are growing in power and value too, with some sponsors generating as much as 40% of their total media value via social media; and rights holders are exploring way to monetizing the new types of content,

through sponsorships and ‘better than free’ subscription products,” said Watt.

As sports sponsorships become more tailored and flexible for market, so will partnerships see more added and reciprocal value. Backed with relevant research, brands will better segment and understand fan bases according to consumer engagement behaviours, while distribution channels will be able to justify sponsorship values with partnerships, set to benefit both parties in understanding engagement and commercial interactions for growth opportunities.

Watt confirmed; “Brands will need to seek rights holders that understand their business strategies while media rights holders must invest in digital content and activation capabilities to better engage fans, collect data and service their sponsors.”

Sports with a conscience

As many as 66% of consumers are willing to pay more for brands “committed to positive social and environmental impact” (2015 Nielsen global survey) and spend will increase on sponsorship campaigns that exhibit the brands’ credentials on diversity, sustainability and other social issues.

Within the South African context, a partnership between Orlando Pirates, Kaizer Chiefs and a leading beer brand saw an example of such a campaign roll out on the football  field where the words of a popular fan song were changed and sung by an all-female choir  championing men to unite against abuse with their #NoExcuse initiative; with the messaging to male soccer fans that they can drink wisely but it was no excuse to be abusive to women.

With women’s sport generally underexploited commercially, there is also potential for growth and an increasing demand from brands for media rights holders to focus on women’s sport and provide access to sport for female fans.

Concluding the day’s events, Watt stated, “There is a growing need for sport to be seen as socially conscious and promoting equality, in terms of participation, opportunity, leadership and media attention. More women, ethnic minority communities and emerging markets populations will engage with sport, changing the complexion of sports media and marketing into the future.”