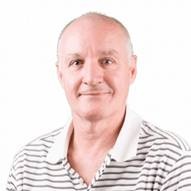 The South African OOH (out of home) industry never ceases to amaze me with the incredible growth of media types, and its concomitant innovation. There are so many young, and passionate entrepreneurs out there that it bodes well for our country.

Possibly the most noticeable “new” media type is that of digital out of home (DOOH). If truth be told, dealing with all the various media owners that offer DOOH media can be rather daunting for a buyer like me. The reason for this is that the media owners have “skinned the cat” a hundred different ways when it comes to their media offering to prospective advertisers.

In order to get some semblance of understanding of all of these DOOH offerings, I decided to consolidate as many of the media owner’s offerings in order for me to have more of a global view of what’s digital in SA’s OOH industry.

What did I find?

Well, digital screens can be found in many different environments, so I took the liberty of classifying them all into four broad categories:

N.B. I have not included sports stadia digital screens in the above.

There are around 50 media owners with Digital OOH platforms and almost 7 000 screens in their inventory. These screens vary in size from massive large format digital billboards to much smaller ones like iPads in Uber cabs. (I wonder what the total capital investment would be for all of these 7 000 screens?!?!)

I also calculated the total media value of all DOOH inventory at Rate Card rate and it came to just under R1.2 billion.

Factoring in varied discount rates, as well as likely annual occupancy levels for each of the above four categories, I calculated that the annual billings of the DOOH industry could be around R500 million. I must add that I feel that this figure is the very top end of possible DOOH spend.

What else did my “magic” Excel spread sheet reveal?

A further thought came to mind whilst looking at my data and it was that it is fairly easy to compare a digital billboard with a similar static billboard. I wondered what the total media rental would be if I treated the current Roadside digital boards that I have on record as static billboards.

The current Roadside digital sites generate annual media rentals of R200 million (using my calculations, and assumptions as detailed above), however costing them as static billboards, they would only yield about R50 million in media rentals. Interestingly, it looks like converting a billboard from static to digital could increase revenues by at least 400%. Obviously, a large chunk of this revenue needs to fund the massive capital outlay for large format digital screens.

Given that advertisers pay a massive premium to be on digital screens, and the fact that they share it with other advertisers (around six other advertisers per screen) means that DOOH is way more expensive than static billboards. If an advertiser’s creative is not maximising the benefits that DOOH offers, then they could be wasting quite a lot of media spend.

Sadly, I still see many examples of creative that fail to utilise these benefits. Having said that, there are hundreds of examples of poor creative being gleefully posted on static billboards as well, but that in itself is a story for another day…

DOOH is going to keep on growing in SA as it has the world over, so brace yourself as you will find more and more environments becoming “digitised” allowing advertisers to target niche/sought after audiences.

Tagged with: Craig Wallis, The MediaShop