The 5th edition of the annual Toyota Fortuner Challenge is going ahead this year, albeit under South Africa’s COVID-19 regulations. 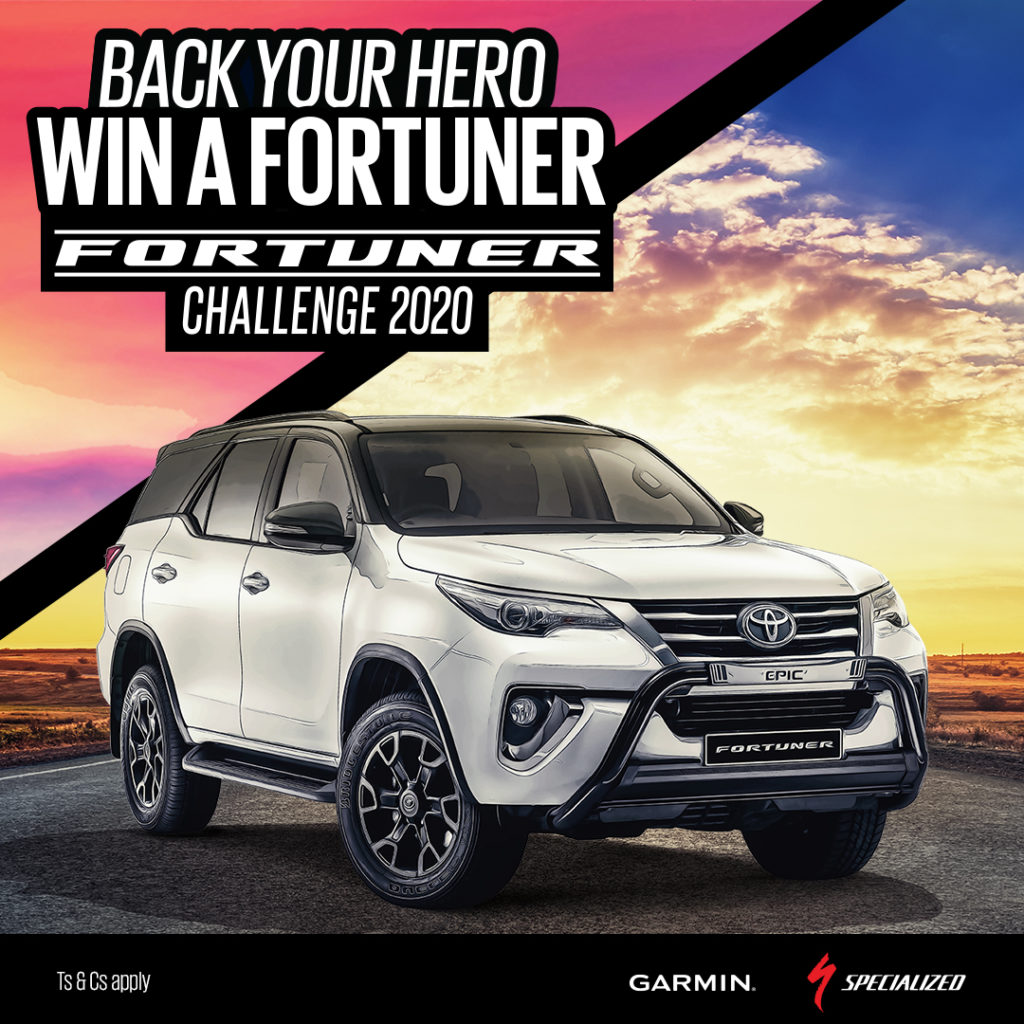 While the usual live event will take place without spectators cheering on participants in the flesh, two lucky people will still drive away with a brand-new Toyota Fortuner: the winning contestant and one of the online supporters of the winning hero contestant.

When it came to the brief for the campaign needing to generate excitement around and participation in this year’s Challenge, Toyota’s Senior Manager of Advertising, Tasneem Lorgat, put a challenge of her own to FCB Joburg.

Despite the scaled-down approach this year, she wanted a fresh and engaging identity for the 2020 Challenge. And she suggested the team use creative assets from previous Challenge campaigns to achieve that.

“The decision to reuse campaign assets from previous years was inspired, said FCB Joburg Business Unit Director, Struan Bourquin. “It not only preserved precious marketing budget in a year that had taken a massive economic hit, it effectively side-stepped the requirement to shoot new assets under the strict lockdown measures that were in place at the time.

“Nonetheless, the creative team were able to provide a bright new look that appeared to be purposely shot for this year’s campaign, and in a much quicker timeframe than producing an all-new production would take.”

Working closely with content production house, Fuelcontent, FCB Joburg and Hellocomputer created a web page on which fans could back their hero and enter the competition, artwork for the four main social media channels as well as GDN banners, out-of-home billboards, a print ad and a radio campaign.

The event, too, has an Esports feel to it in that it will be live-streamed on Toyota’s digital platforms to ensure fans can follow all the action.