HaveYouHeard Group Executive Creative Director, Dan Berkowitz, has been appointed as a judge for the 2021 New York Festivals Advertising Awards. 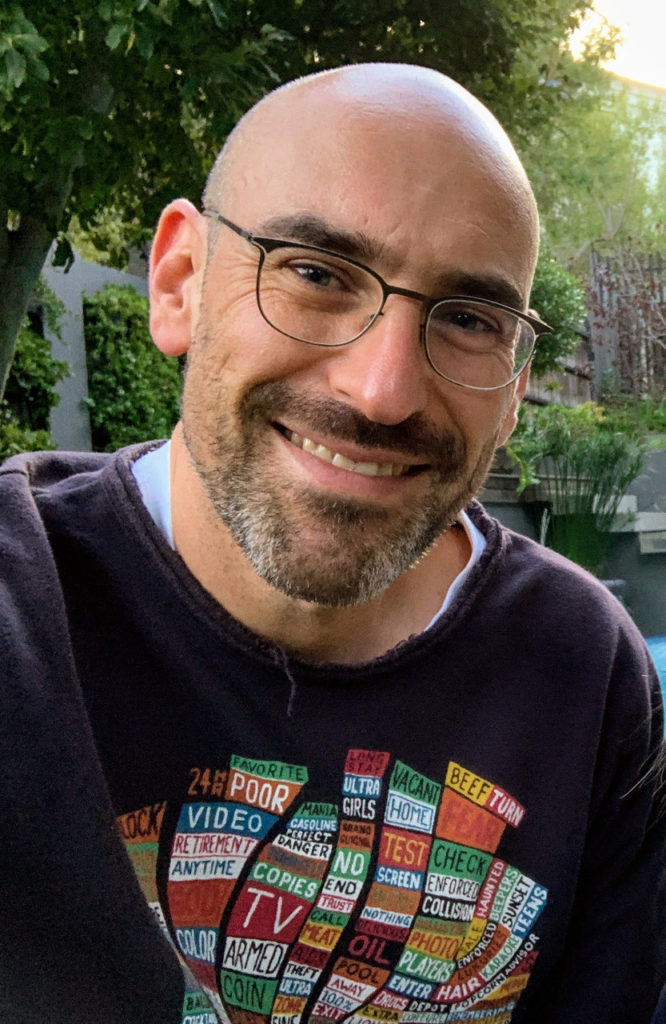 Berkowitz, whose first job was to launch Hyground alongside South African advertising legends Brian Searle-Tripp and Bob Rightford, moved to London in 2007 and spent the year freelancing to fund his lust for attending a different live gig every night.

He joined Wieden+Kennedy Delhi in 2008 as Creative Director and spent four years living in the mad chaos of India, working on building iconic local brands and global projects in the London and Amsterdam offices. Berkowitz returned to South Africa in 2012 to join King James as Creative Director and Head of Integration, and currently leads the creative teams in the HaveYouHeard group.

Believing that the most successful brands are the ones who have found a place of their own within popular culture, he measures his and his team’s work against its ability to answer the question ‘Why would anybody give a shit?’

“It’s an honour to represent the local industry in judging global work alongside an international panel,” Berkowitz said.

“I hope to bring a different perspective to the panel – South Africans are blessed with the opportunity of growing up in one of the most culturally diverse places on earth. I think our exposure to different ways of life and the understanding and empathy of cultural nuance that brings, coupled with our professional upbringing among brilliant minds in a small country with a big creative reputation, enables us to look at global work through a wider lens.”

Asked what campaigns impressed him – locally and internationally in 2020 – Berkowitz said he can always depend on Chicken Licken to crack a couple of golden eggs and whip them into a tasty scramble of homegrown humour and cultural nuance without losing its global appeal and that the brand didn’t disappoint this year, with this spot being his personal favourite: https://youtu.be/tjly7EsmUYY

“On the international front, my colleague Gavin Whitfield recently shared this film out of Ogilvy Thailand for Voiz Creamy Butter Crackers. It’s from 2018 so not technically new, but new to me, and I hope there is more work like it this year because I think it’s the best thing since sliced breadsticks!” https://www.youtube.com/watch?v=x3DKaq11jI4

Berkowitz says his choices were reflective of the mood left by the year that was in 2020. “The world deserves a little bit of light-heartedness from the ad fraternity this year. I was reminded recently that while our duty is always to inspire people to take notice and engage with the brilliant things our clients do and the purpose that drives them, it’s only advertising. We are in the fortunate position to deliver messages in way that can make people smile, laugh and yes, sometimes cry. This year, I’m erring on the lighter side.”

He doesn’t feel it was all doom and gloom for the industry though: “2020 pulled the rug out, but every new challenge presented an opportunity to innovate or invent, and that’s what we live for as creative people. Beyond the obvious immediate effects of working from home, being sensitive to the mood of the audience in the work and having to reinvent ways of working, especially in the experiential and production space, I feel that one of the best things to come out of the terrible situation that was Covid-19 was the liberation clients felt in taking more risks and trying new things because they had to.

“It’s often a more difficult conversation to have when given the choice between what we know works and heading into uncharted territory that has the potential to work even better. I think considering the successes that both agencies and clients have experienced by being thrust into a totally new deep end, there will be a lasting effect that leads to more innovation on both sides in the future.”