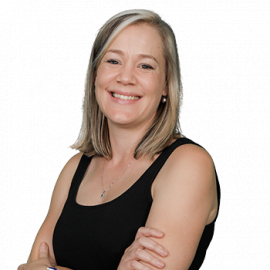 By: Louise Hefer, Business Unit Manager at The MediaShop

My husband and I recently celebrated our 13-year wedding anniversary. We joked about how our relationship is entering the teenage phase and is officially in high school before somewhat nervously acknowledging that this is where things are going to get interesting. Reminiscing over the years, as one does on these occasions, we realised that we’re still constantly learning things from each other – even after 13 years of marriage and five years of dating before that. I’m older (that’s debatable) and definitely wiser (that’s not) and I’m learning more about him than ever before.

That made me think…but why? After 18 years of being together you should know everything about that person, right? So why am I still learning new things? I had to remind myself that humans are living beings that can’t be defined as one thing for a long period of time. We change and adapt as we navigate through life. What we liked last year, we may despise this year and may probably like again in a few years to come. Saying this seems simple enough, we all nod in agreement thinking that makes sense, we know that nothing you’re saying here is new.

Yet when we do our day jobs, we tend to think about consumers as a different breed of humans. We forget that they’re like us and we’re like them, simply put. People can change as the weather changes. We often try and analyse why something we did a year ago worked really well and when we tried it this year it didn’t. What went wrong? Where did we fall short? How can this happen? I can guarantee you that there are few people who can honestly say that they’re the same person they were this time last year. So why does it come as a surprise when a copy and paste approach doesn’t work?

This being said, let’s not underestimate the opportunities we actually have at our disposal to identify potential changes and even influence them to a degree. Identifying consumers’ new beliefs, habits and peak moments are central to driving behavioural change, and in essence that’s one of our main objectives in this industry, right? A McKinsey report on understanding and influencing consumer behaviours list five action points that can aid us in influencing behaviour for the long term:

The old saying of change is the only constant has never been truer when working with people.

Expect the change instead of being surprised by it, and most importantly adapt as change is happening. Change isn’t necessarily a big thing that everyone notices at once, but rather continuous small adjustments that eventually add up. Remember to keep your finger on the pulse and question relevance and you’ll never be surprised by the unexpected.

Tagged with: Louise Hefer, The MediaShop