Debonairs Pizza is celebrating South Africa’s fondness for being ‘happiiii’ during the festive season with a new TVC from FCB Joburg for its current value deal, the Festive Deal. 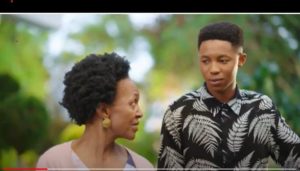 A large Triple Decker, two small Margherita pizzas and 10 cocktail Cheese Grillers, the Festive Deal is perfect for sharing with friends, not ‘a’ friend; or with sisters and brothers, not ‘a’ sister or ‘a’ brother.

It’s the star of the new television campaign that taps into a South African idiosyncrasy: We can be ‘happy’ during the 11 months from January to November but, when we hit December and the start of the festive season, the livelier, more exuberant phrase ‘happiiii’ comes to the fore.

And the number of times you can introduce the phrase into the conversation is directly proportional to how ‘happiiii’ we all are! He surprises everyone around the sunny lunchtime table, and wakes the snoozing grandmother, with his hearty rendition of the phrase before summing up what every South African is feeling: “Because we could all use some happy this year”. 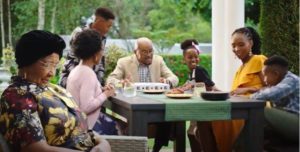 “We didn’t want to make an ad that directly referenced lockdown or COVID-19,” added Kambuwa. “Instead, we set out to show our resilience as a nation; that in some way or form, we will still salvage a part of our year, and we will laugh. We will be happy.”

The campaign comprises a 30-second, 20-second and 10-second TVCs, a 6-second roll for YouTube, a squeeze back for Soccer Zone and 5 bumpers for inclusion in select programmes on Mzansi Magic.

Shot by Morgan Dingle from Your Girlfriend, it features post-production by Fuelcontent and Produce, and an original track composed by Myles McDonald at Hey Papa legend. The campaign flights until we stop being ‘happiiii’ and revert to simply being ‘happy’.