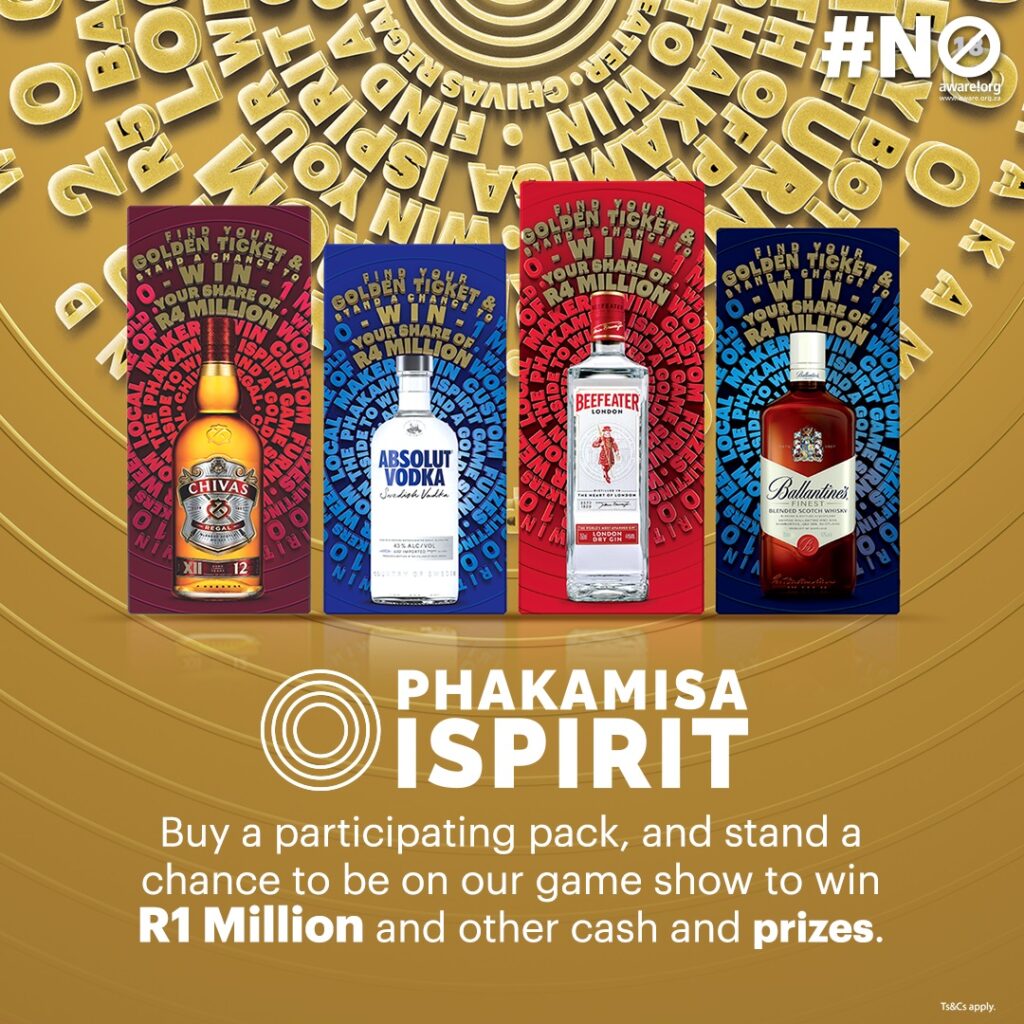 Run in collaboration with the Gauteng Department of Economic Development and Furntech, Phakamisa iSpirit – Lift the Spirit – is the major focus of Pernod Ricard’s bid to help invigorate job creation and small business development in South Africa, particularly for aspiring artisan-entrepreneurs in the furniture sectors.

The campaign comprises numerous elements, the majority developed and executed by RAPT Creative including the three major components – a sales promotion campaign and off-trade mechanic to generate funds to uplift these artisans or ‘makers’, a game show hosted by Mpho Popps, and an e-commerce gifting site.

RAPT Creative was also responsible for a web site and all the social media and digital assets, radio, press and print ads and digital out-of-home to support the three key activities.

Launched on November 26, the campaign will wind down at the end of December. You can appreciate its breadth and depth here: https://i-spirit.co.za/

Pernod Ricard launched Phakamisa iSpirit in 2021 after taking a bold decision to re-route its festive season investment traditionally spent on imports into the local South African economy instead.

One year down the road and the success of the campaign has been enough to convince us, to double down on their initial investment and pump another R29.7-million rand into the future of South African artisans.

“We are delighted to repeat the exercise in 2022. We believe that as a multi-national, it is our responsibility to support the markets where we operate and to invest in the local economy. Our core purpose is to work together to create conditions for sustainable growth – the kind that respects our environment and our communities and that is collectively profitable for all our stakeholders: employees, shareholders, customers, consumers, and citizens.

“We are also the ambassadors of conviviality and try to spread that in everything that we do. Phakamisa iSpirit, and the many arms it has grown since we began, perfectly encapsulates that for us. Hopefully, it does for the rest of South Africa too.”

To date, more than R2-million from this part of the campaign has gone directly toward helping the artisans receive training in business management, manufacturing, technology and accounting. By the end of 2023, the aim is to have 30 makers enrolled in the initiative.

The Phakamisa iSpirit Millionaire Gameshow on eTV, in addition to cash and travel awards, offers over R1-million worth of furniture made by participating makers as prizes.