FCB today  announced that it has been selected by Adweek as its Global Agency of the Year. Citing the Agency’s continued growth, innovation and ability to quickly adapt in the face of the many challenges impacting the world this year, the publication recognized FCB’s unwavering focus on its people, clients and the creative work they accomplish together as the factors that made the 147-year-old network stand out.

FCB’s presence in the South Africa is through FCB Joburg and HelloFCB+. 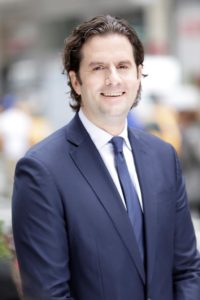 “This honor wouldn’t be possible without our incredible people across the globe and our partners – our clients – who, together, are the foundation of the FCB story,” said FCB Worldwide CEO Carter Murray. “In the face of these tough times, we are humbled by the accomplishments that we continue to achieve by being brave together. While we are very proud of this honor from Adweek, we feel like we’ve just gotten started.”

In a year that has seen some of the industry’s most storied creative agency brands disappear, FCB kept its focus on creativity, adding big marketers to its roster, deepening existing relationships, and producing award-winning, results-driven work for a host of global clients that include some of the most admired and respected brands in the world.

From campaigns created in record time under lockdown conditions to help brands like Walmart, Cottonelle, Clorox and Burger King navigate the pandemic, to the Network’s social-good work like the City of Chicago’s “Boards of Change” that helped inspire record voter registration, FCB’s creative impact has continued to capture the marketing world by storm.

“At FCB, we have been on a journey to prove that the creative work we make is an economic multiplier with ideas that solve problems and unlock opportunities short term, while building invaluable brand equity long term,” said Susan Credle, Global Chief Creative Officer. “Awards are one way to measure success, but the impact creative has on the businesses and communities we partner with is what really drives us.”

The Network’s attention to community and culture is what Adweek pointed out as perhaps its greatest differentiator. Nearly a decade ago, FCB made foundational moves on the equality and inclusion front, investing in implicit bias training globally, creating inclusion councils in all its top offices and installing standout talent that made history, like appointing India’s first female CCO. It’s early moves like these that helped the Agency respond more powerfully and in meaningful ways with its people when the social justice crisis erupted earlier this year in the U.S. and then around the world.

This attention to community might not be obvious from the outside, but its impact on the creative it gives the world is. Whether LGBTQ+ equality, where it partnered with a global organization called Out Leadership to produce first-of-its-kind global research on the workplace experience of LGBTQ+ workers across the globe, or the fight to end sexual violence, where the Network teamed up with Tarana Burke, activist and founder of ‘me too.’ international, to launch “Act Too,” a breakthrough platform and brand campaign that engages everyday citizens to take action, FCB’s work this year is helping causes and communities garner real results with, in many cases, lasting, technology-fueled utility.

This latest recognition comes on the heels of an already momentous year for the FCB Network. Earlier in the year, FCB was recognized as Design Agency of the Year by D&AD, Top Global Creative Network by The One Club for Creativity and a Top 3 Global Network promoting good causes by The Good Report for the fourth consecutive year. In 2019, the Network was also named to Ad Age’s A-List and was honored by both Ad Age and PR Week as “2020 Best Places to Work.”

FCB (Foote, Cone & Belding) is a global, award-winning and integrated marketing communications company with a heritage of creativity and success dating from 1873. Named Adweek’s 2020 Global Agency of the Year, Cannes Lions 2019 North American Creative Agency of the Year and a 2019 Ad Age A-List global top 10, FCB focuses on creating “Never Finished” campaign ideas that have the power to transform brands, businesses and communities. With more than 8,000 people in 109 operations in 80 countries, the company is part of the Interpublic Group of Companies (NYSE: IPG). Visit fcb.com or follow @FCBglobal on Instagram and Twitter and FCB Global on Facebook and LinkedIn.