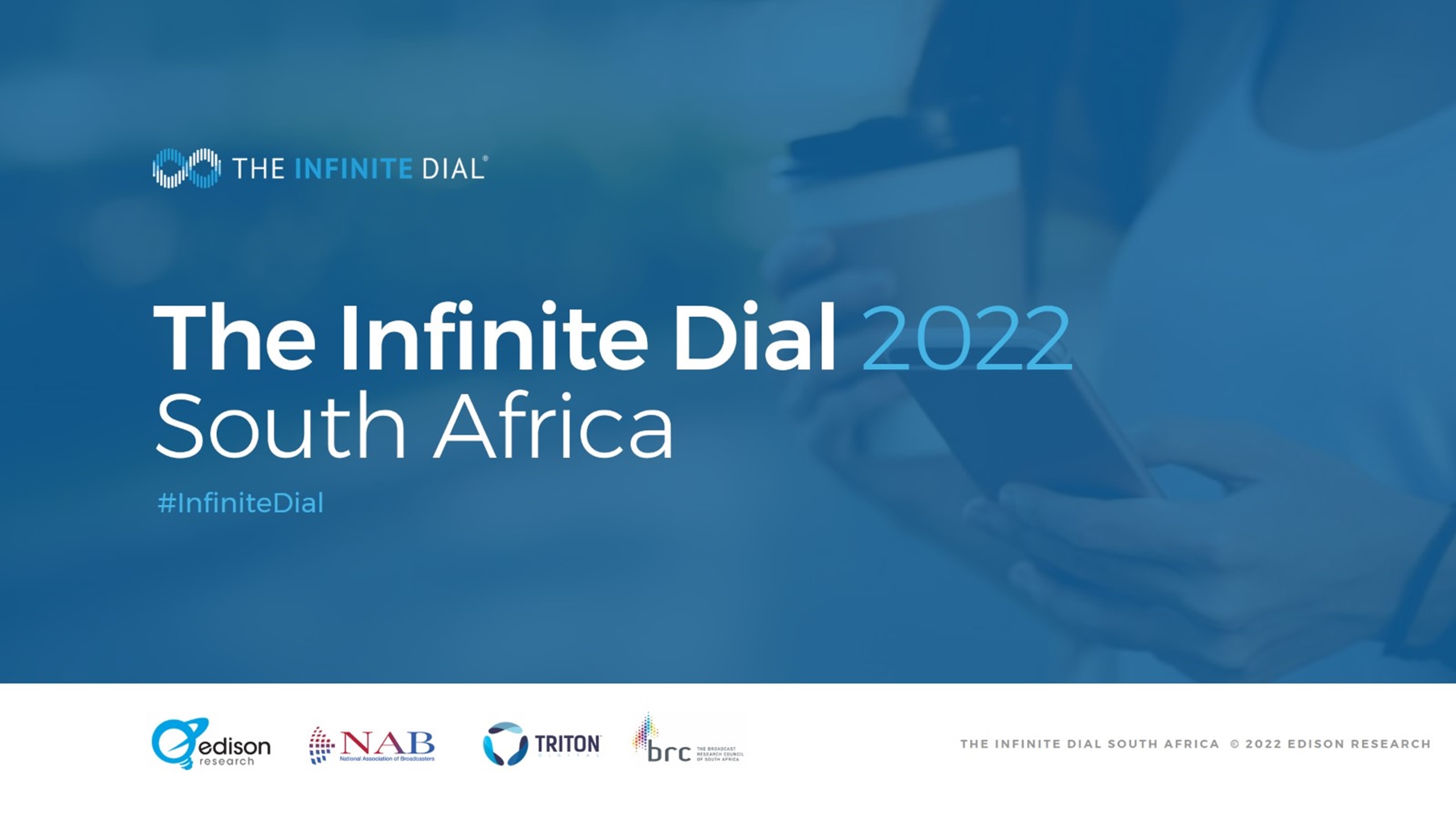 The Infinite Dial 2022 South Africa, the second iteration of the report, was commissioned by the National Association of Broadcasters South Africa (NAB), sponsored by Triton Digital®, and produced in association with The Broadcast Research Council of South Africa (BRC).

Larry Rosin, President of Edison Research, shared findings from the study in an online presentation. Rosin added, “The increase in online audio consumption and podcast listening among those we surveyed in South Africa points to a space that can accommodate many audio platforms while radio stays strong. We hope this data that shows robust growth in audio consumption motivates advertisers to consider all of these various audiences.”

Other highlights from the study include:

How the Study was Conducted
In November/December 2021, Edison Research conducted in-person interviews with a total of 1,500 persons aged 15 and older. All respondents are in the upper two of the three SEM Supergroups (or upper three of the five SEM Clusters) and live within the following eight major metropolitan municipalities in South Africa: Nelson Mandela Bay, Mangaung, City of Johannesburg, eThekwini, City of Cape Town, Buffalo City, City of Tshwane, and City of Ekurhuleni. The data was weighted to reflect the gender, age, and race of this population.

About The Infinite Dial
The Infinite Dial is the longest-running survey of digital media consumer behavior in America, created by Edison Research and tracked annually since 1998. The Infinite Dial study has been conducted in the United States, Canada, Australia, Germany, and South Africa.

The Broadcast Research Council of South Africa (BRC), established in 2015, chief role is to commission and oversee the delivery of radio and television audience measurement research for broadcasters and the advertising and marketing industry.

The National Association of Broadcasters, SA

The NAB is an industry association that that was formed in 1993 to advance the needs and interests of the regulated broadcasting sector in South Africa. Its members comprise public, community and commercial broadcasters as well as industry associates. It engages regularly with policy makers and regulators, and its members established the Broadcasting Complaints Commission of South Africa (BCCSA) and the Broadcast Research Council of South Africa (BRC). www.nab.org.za