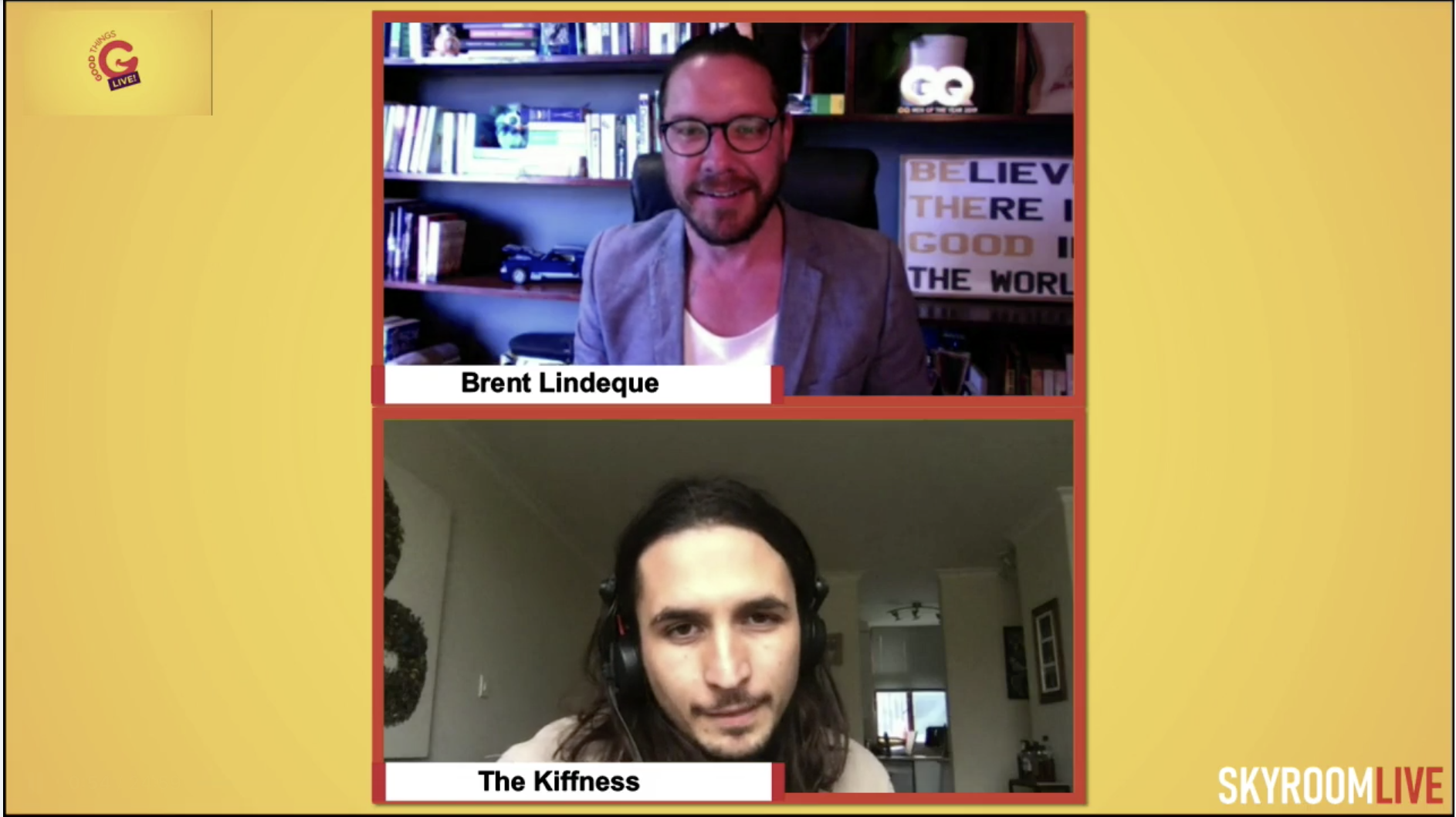 South Africa’s Good Things Guy, Brent Lindeque, has expanded his online platform to include Good Things Live, a live streamed show hosted on the Skyroomlive.com platform that has already amassed over 76 000 views over just five episodes.

With each episode around half an hour, Good Things Live began in June this year when Adriaan Gerber of Mushroom Productions approached Brent with the idea. He says: “I met Brent a few years ago. Whilst producing Goliaths Go Live I approached Brent to be on as a guest with the Goliaths. When that episode hit 7000 views, I knew we had to ask him back for a second episode. When his second appearance also hit great numbers, I approached him about launching a Good Things Live programme, an idea that he was coincidentally playing with at the same time.”

“The response so far has been absolutely phenomenal,” adds Brent, “and it has given South Africans another avenue to connect with people, hear their stories and know that they are not alone in this pandemic. Additionally, for me, it’s an opportunity to raise the profile of struggling artists and people of influence and to remind South Africans to support one another in any way that we can.”

SkyroomLive has been pioneering the livestreaming market since 2012 and offers an opportunity to reach fans beyond borders and across time zones, giving artists and performers the opportunity to be filmed and broadcast live to a worldwide audience.

“The awareness of each Good Things Live episode has definitely grown,” says Adriaan. “We have completed five episodes to date with just over 76 000 total views. With the current trend on archived broadcasts we should hit 82 000 views before we air episode 6. We really enjoy working with Brent and know that the show will grow in popularity week to week.”

Sponsorship opportunities are available for brands interested in collaborating the Good Things Live show and can be tailored per budget.